why my husband deserves Father’s Day…illustrated with Crappy Pictures™

INTRO: Here is installment #3 in my "real life parenting" series.  You can see the rest of the Crappy Pictures here.  And you can "like" the whole series on Facebook here.  I draw crappy pictures because I don't have actual photos of these experiences. Here goes…

He deserves to celebrate Father's Day because…

He pushes one kid while the other is on his back.  Up hills.

He carries my flowery diaper bag.  In public.  As a bonus, it is hilarious to watch the way he carries it. Always at arm's length.  It needs to be as far away from his person as possible yet still holding it. 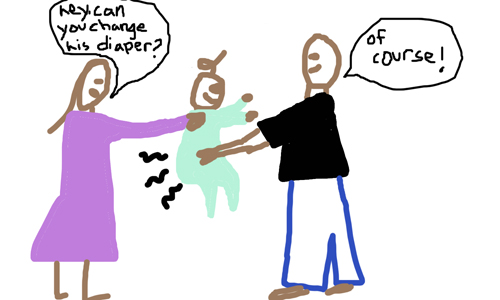 He has a poor sense of smell. Let me explain why this is great. I can smell a poopy diaper from across the house.  He never has any idea. This means I can innocently ask him to change a diaper and then nonchalantly warn, "Oh, he may have pooped, not sure."

I'm fairly certain I've just ruined this scheme for myself. 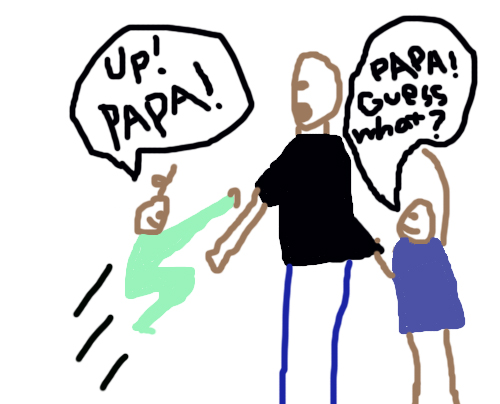 He accepts that he will be assaulted when he walks through the front door. 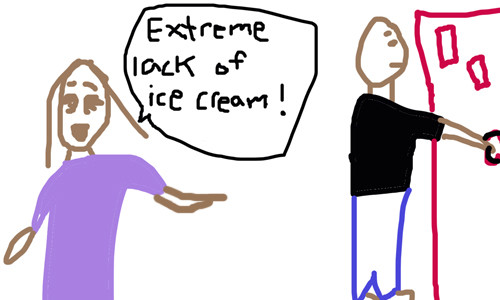 And sometimes the assault is of a different kind.  The chocolate or ice cream variety.  And he heads back out.  Even at 11:30PM. 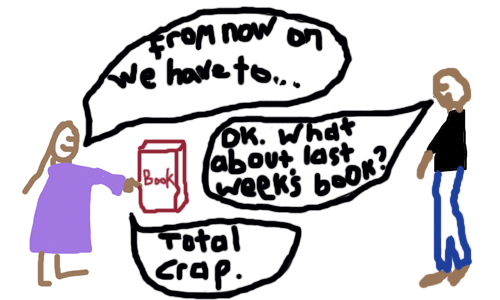 Better yet, he doesn't even roll his eyes when I read a another parenting book and announce that everything we have been doing is wrong and now we are doing it like this.  On a biweekly basis.

But mostly, he deserves to celebrate Father's Day because when the kids are crazy he looks at me with that expression that simultaneously says, "What have we done?!" and also "Aren't we lucky?"

And only the very best dads understand that this is what parenting is all about.

This entry was posted in crappy pictures, holidaze, parenting. Bookmark the permalink.