sunscreen (or, how I torture my kid)

We all torture our kids with various things.

For some, it is hand washing. For others, tooth brushing. It can be putting on shoes, drinking water, taking a bath or getting strapped into a carseat.

Over the last year for example, I've been torturing my son with this neato product: 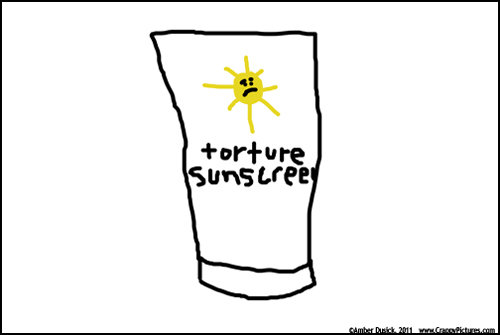 Each one inflicts just as much pain and suffering as the next. 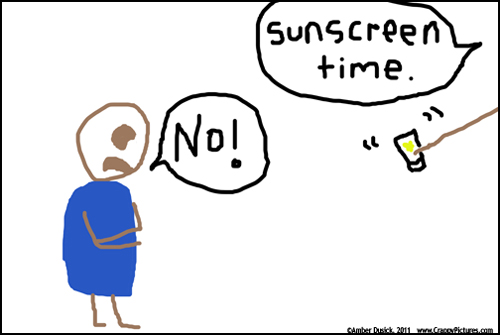 I nonchalantly mention that sunscreen is happening in the near future.

I soften the blow by letting him know good news. 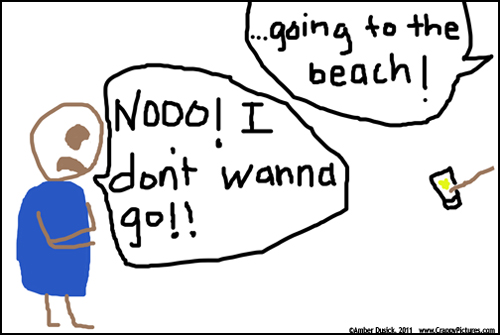 He doesn't like the news, which is confusing. He loves the beach.

I ask him to explain.

Oh, it is just good old torture avoidance. He really does want to go to the beach. Probably.

So then I try a bunch of crap…

This is where I attempt different parenting tricks. I already know the tricks so you don't need to tell them to me. Like offering to "do it together" or "how about you do it yourself"  or "I'll wait until you are ready" and stuff. Or making a game out of it "let's see how quickly we can do it, we'll count!" and blah, blah, blah.

No really, I've tried all the methods and read all the books.

I have tried everything short of using any kind of force, because that just ain't my thing.

But he is a smart little bugger.

He knows that no matter how it is presented I am essentially just saying this again: 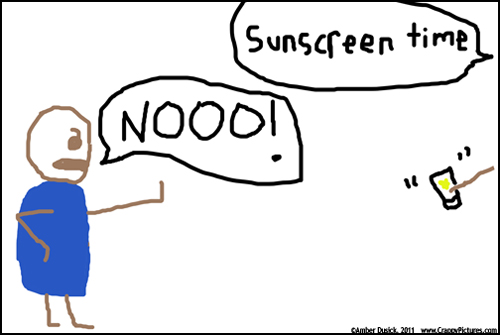 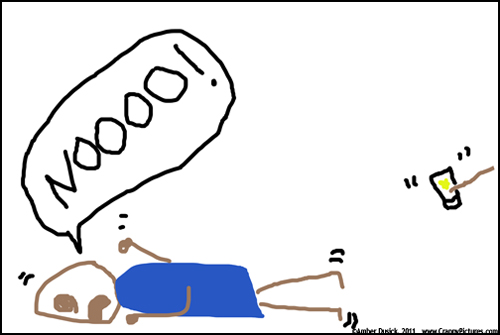 He screams so loud I expect the neighbors to call the police. They haven't yet.

He screams a bit more.

Then suddenly, he stops screaming, stands up and agrees to put the sunscreen on. 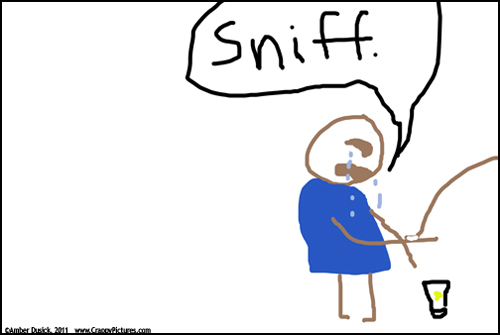 Not without more whimpering and whining though. Even a tear or two.

Finally, after all of three seconds we're done. 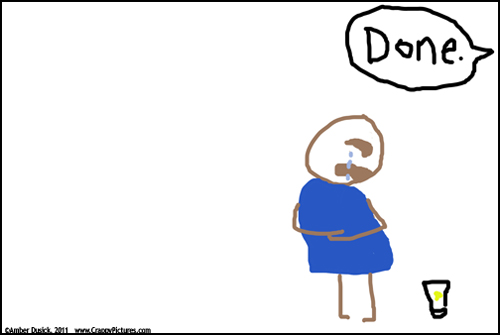 His arms and face have a thin layer of torture cream on them.

But he has completely forgotten about it. 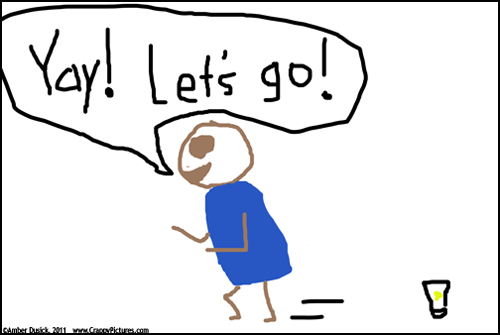 And he runs to the door, ready to go, like nothing happened.

Because really, nothing did happen.

I sure wish he'd remember this.

What do your little ones hate to do the most?

My ever-popular disclaimer: this isn't a real-time post. He is cool with sunscreen now. But this was pure torture age 3-4ish.

This entry was posted in crappy pictures, parenting, through the ages. Bookmark the permalink.

220 Responses to sunscreen (or, how I torture my kid)