The very first post I ever illustrated was about changing diapers. It feels like ages ago. And things have changed.

Time for an update!

This is what changing a diaper is like right now…

Poopy diaper changes are a two person job but I’m often understaffed. Today is one of those days.

First, a scent is detected: 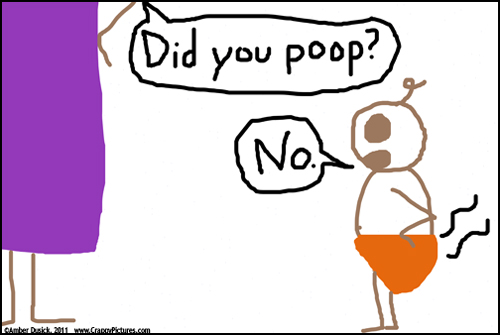 He says no to everything so he is not to be trusted.

I go for a visual check by pulling the back of his diaper away from his body: 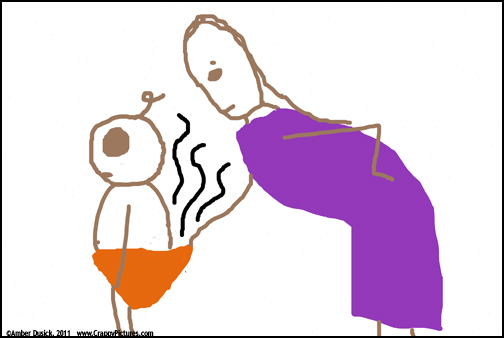 Being careful to only grab the outside of the fabric, just in case the poop has gone all the way up his back. Like usual.

I have to get a visual to determine the severity of the poop. This information is used to estimate how many wipes I’ll need to prepare.

I go and wet several with warm water:

And give myself a pep talk in the mirror.

I don’t really do that. I think people only do that in the movies.

Anyway, then I plant the wipes in the changing area and find Crappy Baby.

I make an announcement: 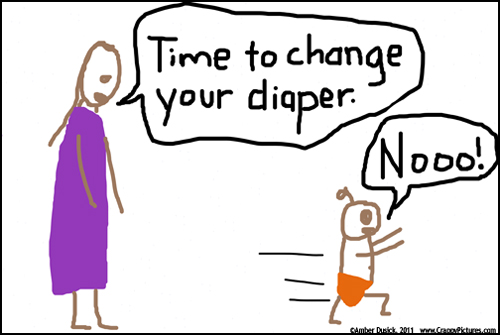 And the chase begins… 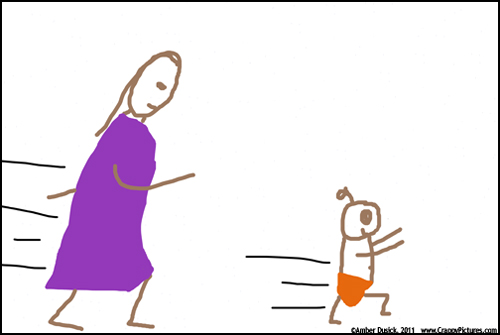 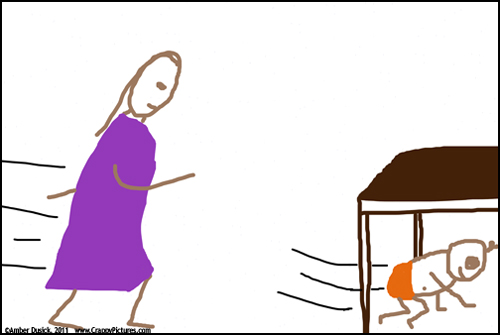 He usually winds up ducking under the table.

And no amount of coaxing will make him budge.

So I have to go under there and drag him out as he giggles:

He finds all of this hilarious.

I hold him away from me (the method mentioned in this post also about poop) because if I use the traditional hip hold his squirming may shift his diaper just enough that I’ll get poop on my dress. Best to play it safe.

We arrive to the diaper changing area:

I’m totally prepared with wipes, a fresh diaper and a variety of distraction material.

But sometimes I’m not prepared for his leg-swung-over-his-body flip maneuver: 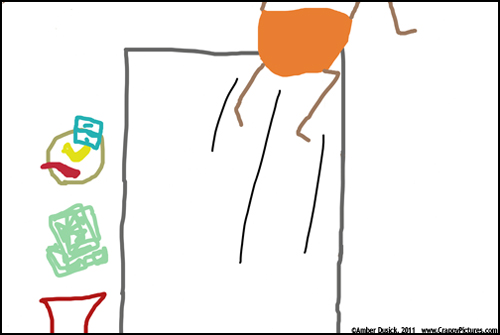 And I can’t let that happen today or the chase will start over and I’m already out of breath.

So I hold him down with one hand while selecting a distraction object: 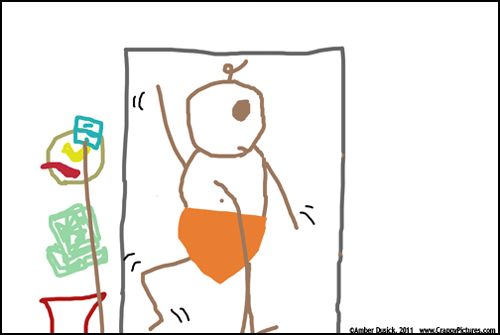 He wiggles and twists but does not escape this time.

Even his backbend move is calmed at the offer of a distraction object:

I hand him the book.

It is a new book. Not new to our house but new to the distraction offerings basket.

So it actually works:

I move at lightening speed, unsnapping the diaper and grabbing wipes.

Holding his ankles with one hand and wiping with the other.

Almost there! This is going well…

Book is tossed. His hands go straight to the poop: 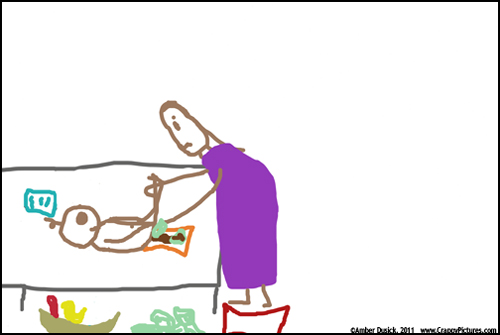 Like a ninja, I grab a second distraction object. Using only my mind because I can’t let go of anything. Telekinesis rocks.

I offer it in an excited, high-pitched tone so that it sounds fantastically interesting: 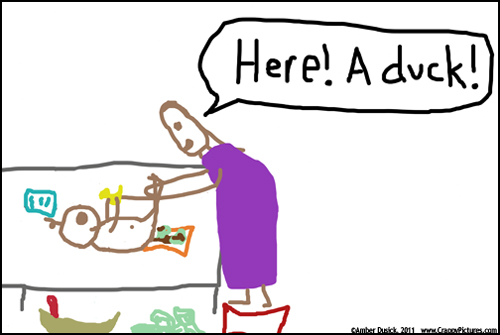 And he takes it.

But it too winds up where I don’t want it:

Fortunately he is pretty clean already.

All that is left is to get a new diaper on him. He really hates this.

He backbends, he twists, he flails his arms and legs.

I have to hold him down with my knee:

By the time I bend down to deal with the dirty diaper, he has already flung himself from the mat and is out the door. 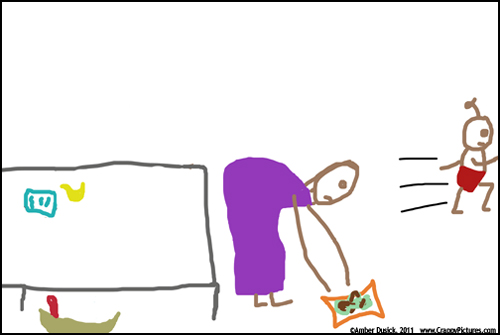 PS – if you liked this post, then you’ll definately, probably like my new book: Parenting: Illustrated with Crappy Pictures